Super Dancer Chapter 2 is a reality show which is aired on Sony Entertainment TV. Fans around the country are eagerly waiting to know the name of the winner and runners-up of the contest. This dance reality show selected the best dancing kids from different parts of the country and groomed them so well that even if they are not among the 4 top contestants still their learning will help them a lot in the long run in future. 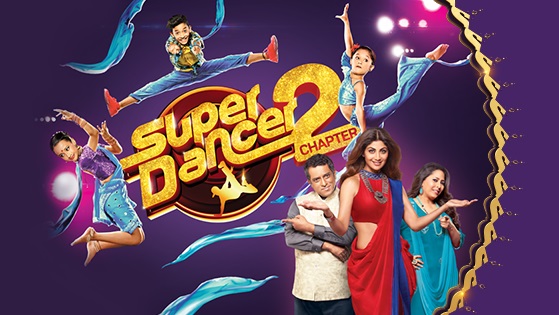 After the semi-final episode, there are only top 4 contestants remaining and they are Bishal Sharma, Akash Thapa, Ritik Diwaker and Vaishnavi Prajapati. Now all eyes will be on the television or on any device to see who lift the winning trophy on 24th March 2018 after three months of hard work. The special guest of the grand finale will be Varun Dhawan and the actor will be promoting his upcoming October at the show. The winner of Super Dancer Chapter 2 will be decided only with the help of Live voting on SonyLiv app.

The Grand Finale/Super Finale of Super Dancer Chapter 2 will take place on 24th March 2018 which is a Saturday.

The Finale will be aired from 8 pm onwards and on who will not be able to catch the show at home can sure watch it through the Sony LIV App.

Judges of the Super Dancer 2

Anurag Basu, Shilpa Shetty, and Geeta Kapoor are the three judges of this reality show and they are not only judges but they were the mentors of these small kids from 4-13 years of age. They performed a wonderful task in finding out the best future dance talent of the country.

Hosts of the Super Dancer 2

Rithvik Dhanjani, Jay Bhanushali, and TRP Mama Paritosh Tripathi were the most entertaining host for the show and they entertained the audiences thoroughly for last three months.

Now after Public voting there are 4 top final contestants remaining and they are Bishal Sharma, Akash Thapa, Vaishnavi Prajapati and RitikDiwaker. Live Voting will start on 24th March from 8 pm onwards. Viewers should be careful while voting. The Super Dancer 2 Champion will only be decided on the votes cast by the audiences. Their talent will surely matter, but their performance will fetch them the votes.

It will be really very hard for the audiences to vote for these four child talents and make one a winner as these four are very talented dancers. This hard task all viewers must perform to make one of them the winner of the show. The voting should be strictly based on their performances. Any biased judgment will not be good for anyone.