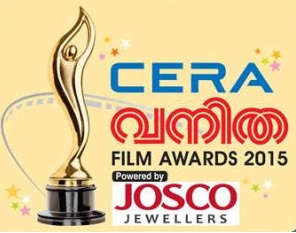 The winners list of 2015 Cera Vanitha Film awards have announced. Mammootty is the best actor (Varsham movie) and Maju Warrier (How Old Are You movie ) is selected the best actress of 2015 Vanitha Film Awards. The 2015 Vanitha film Awards will be presented at the Bristow Ground, Wellington Island, Kochi on 15th February 2015 (Sunday).Various stars from Bollywood, Tamil and Malayalam film industry will attend the show on Sunday.

Check out the full winners list of Cera Vanitha Film Awards 2015 below.

Best Actress – Manju Warrier (How Old Are You)

Best Screenplay Bobby – Sanjay (How Old Are You)