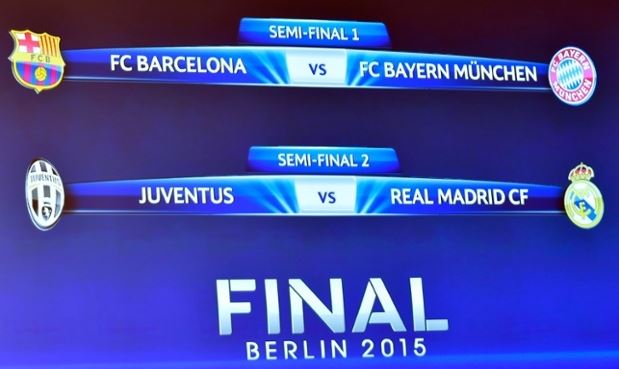 Yes the time has come for the big matches of UEFA Champions League 2015. The UEFA 2015 Semi finals draw was held on 24th April (friday). The four teams competing in the Semifinals of the UEfA 2015 are Barcelona, Bayern Munich, Real Madrid and Juventus. The four teams are in very good form and we can expect mind blowing matches in the semifinals. The Semi Final matches will takes in two legs just like the quarter finals.