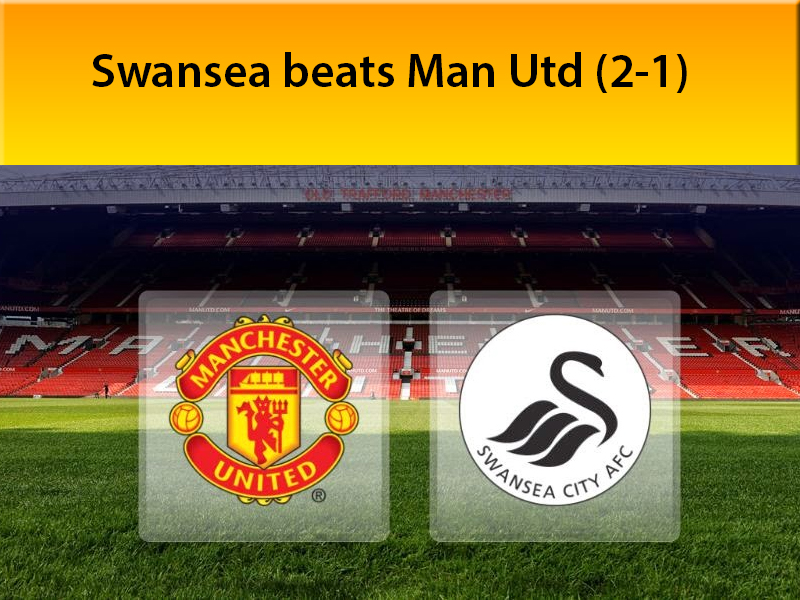 Manchester united started their first half with some tough moves. Nathan Dyer got first yellow card of the premier league 2014-15 season. Swansea just amazed with a brilliant goal from Ki Sung-yueng in the 28th Minute of the game. Ki Sung-yueng plays as a central midfielder for Premier League club Swansea City. First half ended with some great football from Swansea and they lead by 1-0 after 45 minutes of the game.

Manchester United started their second half with some changes where Nani comes in for Hernandez and also they switched their formation to 4-4-2. As expected Wayne Rooney Over Head kick Goal in the 53rd Minute just cheered up the whole Old Trafford crowd.

Rooney continued his fine form in the remaining minutes where he crashes a 25-yard free-kick against the post in 66th minute but not a goal. Swansea again made a stunning come back in the 72nd minute of the match where Gylfi Sigurdsson scored the winning goal which makes the visitors in front (2-1).