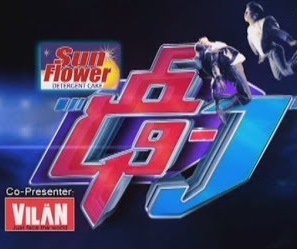 The grand finale of the popular Telugu reality show Dhee Junoirs has came to an end. Its time to get the results of Dhee Juniors Grand Finale. Varshini Manjunath is the winner of Dhee Jniors grand Finale.

Telugu star Nani was the chief guest of the show. After a long dancing journey four talented dancers have made it to the finals. Charan Tej, Tarun, Varshini and Abhijith were the top four finalists competed in the finals.

The grand finale episode of Dhee juniors was aired on ETV Telugu channel on 11th March 2015 (Thursday). Varshini and Tarun were the two contestants competed in the final round.You can check out the winners of Dhee Juniors below.

Varshini Manjunath is the winner of Dhee Junior.

Dhee Junoirs Season one is now over. We have seen some amazing singing talents from the kids in telugu. The first season was a great success and now its time for the second season of Dhee junior starting soon on Etv. We provide you full updates of second season details here.

Congratulations to all winners and particiapnts of Dhee Junior Grand finale.