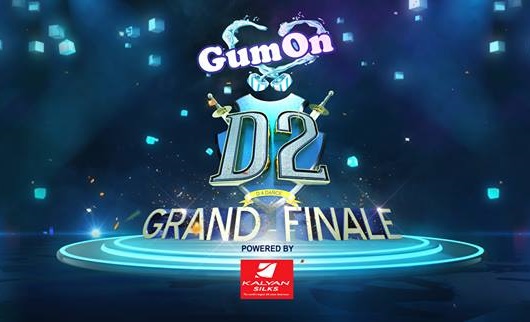 Pranav Sasidharan is the winner of D2 D4 Dance Grand Finale. Fidha is in the runner up position. The second season of D4 Dance – D2 has come to an end with a mind blowing Grand finale. Gum on D2 D4 Dance Grand Finale was held on 13th September 2015 (Sunday). The show will start airing from 8.00 PM in the evening. After various rounds and eliminations top six dancers have qualified to the finals. Arjun, Fidha, Pranav P, Pranav S, Saniya and Suhaid are the final six contestants going to be competed in the finals. Everyone is eagerly waiting for the performances and to find out who will win the title of D2.

Malayalam popular actor Dileep and actress Miya will be the chief guest of the show. These two artists will be one of the main attractions of the show. We can see some amazing performances from the judges Priyamani, Neerav Bevlacha and Prasanna Master in the finale episode. The anchors of the show, Govind Padmasoorya (GP) and Pearle mentioned about a surprise which we can find in the finale episode. Check out the results of D2 D4 Dance Grand finale here. The Winners will be updated after the official announcement.

Here are the winners of D3 D 4 Dance Super Finale