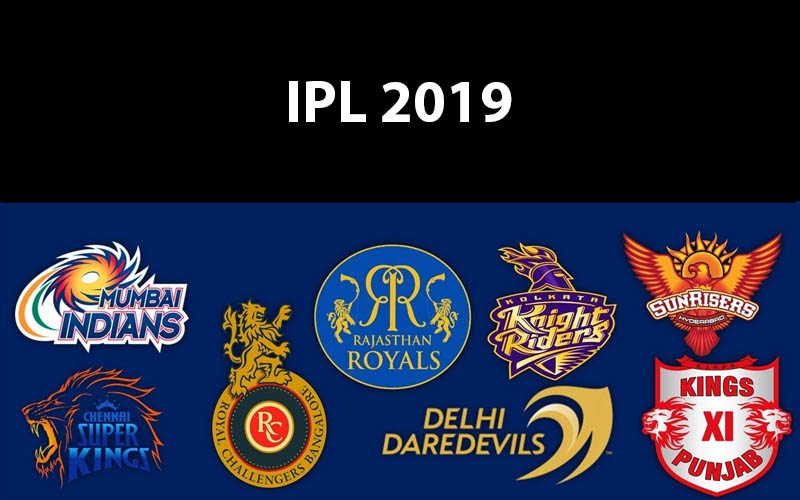 It’s time for celebrating and reserving your tickets as the 2019 IPL is around the corner, and it will be a fantastic league this time. The Indian Premier League (IPL) is getting every cricket lover excited for the upcoming T20 cricket tournament that the Board of Cricket Control in India (BCCI) organizes every year. The fact that IPL 2019 is the only international tournament, it enables some of the best Indian Professional cricketers to participate in the game.

What’s so special about the 2019 IPL, if you may ask? This year IPL will feature some of the World’s topmost T20 players, though some of them may not be participating due to the upcoming Cricket World Cup 2019 which will be held in the United Kingdom.

To note: IPL 2019 will summon two teams playing against each other in every match, each with eleven players and each innings carries out 120 deliveries. The series will last for two months, and the ceremony will be held on March 23, 2019.

Put your hands together as the most awaited cricket league will begin from March 23, 2019. For every cricket maniac, this will be the time of the month to celebrate. As per the schedule, the final IPL match will be played on May 12, 2019.

The timetable is already updated on the official IPL website. So if you have any plans and you are a die-hard cricket fan, you would love to postpone your plans as you would not want to skip the event where eight teams will fight for the IPL trophy, and it will be an intriguing thing to see who wins the queen this year.

There will be eight teams competing with each other in the 2019 IPL. The teams participating are-

Please note that the team Delhi Capitals was formerly known as Delhi Daredevils. The team announced this change on December 4, 2018, during a function by the owners of the team, i.e. the GMR Group and JSW Sports

It’s always exciting if there is an IPL match to be played in your city. The list of venues is out now. Do you think your city made it? For eight matches, there will be eight various venues in all. The venues hosting the IPL 2019 are-

The time is running out, and you must get the tickets now. You can reserve your tickets online on various websites. For some reasons you can’t go and see your favorite team win, you can watch your game online as well. We expect these venues to be filled with crowds screaming at the top of their lungs for their favorite teams and players. It will be thrilling to watch which team emerges as the winner this year.