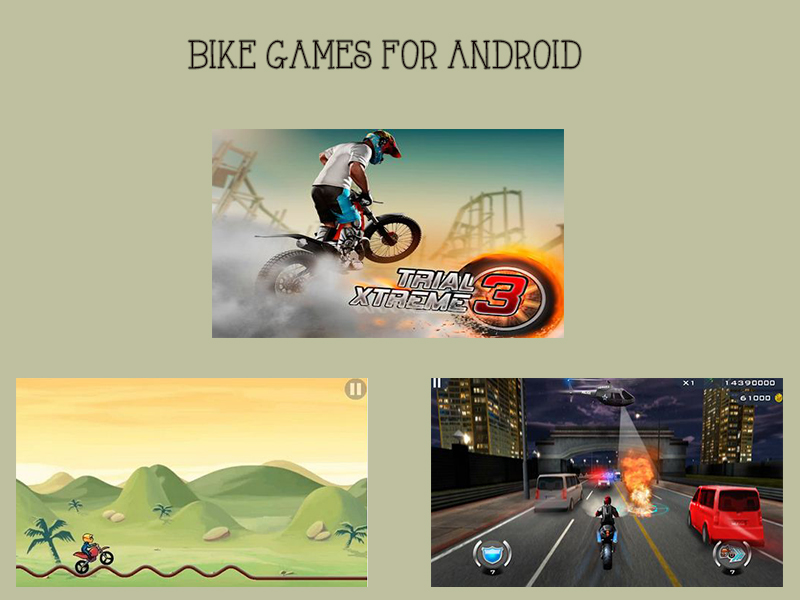 Bike Race Free is an amazing bike racing game which is released in 2014. Bike Race Free is physics based android bike game which is designed with fine graphics and amazing multiplayer features. The game is released with simple touch controls, 144 challenging tracks, both multiplayer and single player options. The game is created for extreme bike lovers which is having 16 amazing bikes. More details about the extra features and options in Bike Race Free android bike game are given below.

Trial Xtreme 3 is one of the best bike games released for android smartphones and tablets. Trial Xtreme 3 is a free android game available in Google play. The game is designed with amazing feature; let’s check out the features here.

* Play with Phone’s buttons and accelerometer

Dhoom 3 is specially designed bike game for Dhoom 3 fans and lovers.Dhoom 3 is a 3d bike game released for android and tablets with amazing graphics and features. Check out the Game features of Dhoom 3 below.

* Control the bike with Accelerometer and tap controls

* Power ups and coins to make a fun gaming experience

Dhoom 3 is a free game available in Google play.