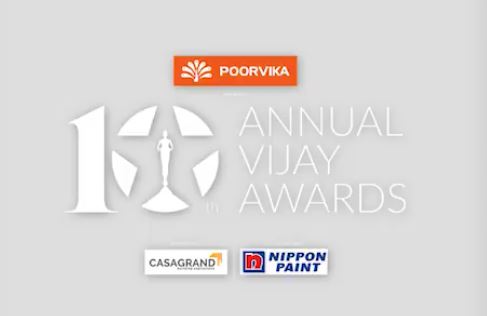 The Vijay Awards is given to the best of best in the Tamil Film Industry. This not only includes the Movies but also the short films in Tamil Language of 2017. The awards are categorized in two categories like Favorite Category and Best Category. The Award show will take place on June 3rd but will telecast on June 16th and 17th, 2018.

Once the page appears, a mail will be sent to our Gmail account with a link which will take us to the voting page. In that page in the Vijay Awards website a voter will be able to cast their vote in different categories. One must remember that each voter can cast only one vote in each category and not more than that. The process will not allow even.

Weightage of the vote

After the voting process is over the voter will receive an intimation of the success of the vote through the Internet. No cost till date will be incurred by the voter but if any cost is involved that will be borne by the voter themselves. The organizers are not responsible for that.

Check out the nominations of 2018 Vijay Awards below.

Some very popular songs in Tamil may win the awards and they are Bale Bale Baahubali, Aazhaporan Tamizhan from Mersal, Azhagiyae from Kaatru Veliyidai. The list of actors and actresses are big who are nominated for the Award.